Though I’m not writing much nowadays video production continues, as does the amount of guiding. I am soon starting work as a Bodleian Guide (working for the University) which allows access to the beautiful Divinity School, Oxford Uni’s oldest building. That’ll be nice. Not been in there for a few years.

I’ve also just bowed to progress by moving all of my book descriptions onto Amazon rather than doing my own in the robsbookshop website. It had become a pain making changes and most of the info is on Amazon anyway. I’ll keep the website going but mostly point it at Amazon.

On the video front I’ve just passed the 500 subscriber mark for my Rob’s Oxford channel which is great. Only another 500 and I will have reached one of the criteria to be paid by YouTube based on the number of clicks generated! However, you also have to accumulate 10,000 hours of watch time per year as well and I don’t think that I will ever get there. Still it’s creative and the occasional plaudit and the satisfaction of creating videos keeps me going OK. 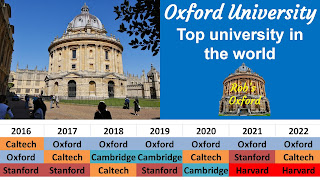 I’ve just recently launched another one. It’s called Oxford University: top university in the world. It explains how the ratings are done by the Times Higher Education team and gives a glimpse of the most prominent buildings in Oxford. Have a look here.
Posted by Rob Walters at 16:49