Reflexions of an Oxford City Guide

I have been an Oxford city guide for some eight years now and it seems a good time to look back over this new career of my third age. You meet people from lots of countries in this job: mostly nice, some irritating. One of my first experiences of the latter was provided by a large woman from the USA who, at the beginning of a two-hour walking tour, asked very loudly "will there be much walking involved in this tour?" I explained that it was a walking tour to which she responded, "Well, I cannot walk very far you know". I allowed silence to reign and tapped into the growing discomfort of the other eighteen or so walkers.
Tour groups are like a person, they have a mass character usually determined by the more vocal members and backed up by the rest. Some are great: the spokespersons ask sensible questions, engage in repartee with me and sometimes supply useful additional info. Like the performer that you are, you feed off this: it fuels your ego and pumps up your act - it really does. Children, teenagers and corporate groups can bring you down: the former two by showing complete disinterest in anything not connected with Harry Potter, the latter by their their overweening interest in their work and their corporate buddies. These groups have not chosen to come on a tour; someone selected it for them and paid for them. They reap what they sow: a lukewarm performance from a clockwatching guide.

Interestingly, when you start out as a guide you fear questions that you cannot answer - and have to restrain yourself from attempting to answer them regardless. As you mature into the job then you relish an interesting question that you have never encountered. I have not stopped learning (information about Oxford is glacial), so an interesting question turns me into a researcher rather than a regurgitator. Science tours are best for this I find, it's in the nature of the people who choose that tour to be searching, and in my nature to search.
Occasionally I have taken 'important people' on tours. I do not wish to do so again. Usually these people are accustomed to 'royal' treatment and cannot or will not respond to my same-level approach to guiding. One of them would not follow me (I am the guide!), another would pass on by when I stopped to explain something.

One thing worries me about people in groups (and perhaps about humanity): they can so easily lose their individuality. For example, there are times when you have to cross a road where there is no pedestrian crossing. I ask them to be careful then begin to cross only to find they are following like lemmings - not looking out for traffic at all.

You do regularly meet the same type of punter. There's the 'echo' for one. After a spirited description of a college in which you supply its name, age and history the 'echo' asks, "Which college is this?" followed by, "How old is this college?" Then there's the 'expert abroad' who is intent on telling you and the other
members of an Oxford tour all about their hometown: Northampton, or Swindon, or wherever - fascinating. And there is the 'googler' who asks why a particular niche is empty, or why a hand is missing from a statue, or where a particular chunk of limestone came from. But all these types are the exceptions not the rule and they are sent to test our gentility.

When I started guiding, there was little competition. We, the trained and badged guides, worked from the Tourist Information Centre; there was also a small group hanging around Trinity College for the good summer pickings; a nice man from Blackwell's called Peter; and a drunk who haunted the remoter regions of the city.  Nowadays you can barely pass the information centre without tripping over a board offering 'free' tours, or hear yourself speak for the cries of so-called guides vying for the punter's attention. One lot offers 'official free tours' whatever that means. Another encourages their free-borders to leap up and shout under what they misleading call 'The Bridge of Sighs'. Disneyland has arrived and there is no attempt to regulate this menagerie.

Thing are not what they used to be, but I still enjoy far more than half of the tours that I do - and grin and bear the remainder. The city is beautiful and its history sublimely interesting.
Posted by Rob Walters at 18:02 No comments:

Living away for significant periods certainly stimulates awareness of your homeland. Last week we did a little historic tour of the south west, or at least a small part of it. As usual we travelled and lived in our motor caravan, mostly sleeping in car parks. Maybe there is a book there: England's Car Parks at Night. Not really; nothing much happens.

First, we went to Woodchester Mansion, a gothic revival project near the town of Stroud - itself located in the delightful golden valley. The mansion is Victorian, and one of its main features is the fact that is incomplete which allows visitors to view its internals in a way that verges on voyeurism. Things that stick in the mind are: the fireplaces suspended high up in the floorless walls, the one room completed for the visit of some dignitary, the horseshoe bats who are the only occupants, the large ladder still standing against a wall and partly rungless, the crumbling chapel, the use of brick infill in a limestone clad edifice, the unfilled holes where the putlogs of timber scaffolding once rested.

We travelled on to Wells, the smallest city in England. Its cathedral and bishop's palace punch well above Well's weight in the population stakes. The west end of the cathedral gave me one of those moments: a surge of emotion that happens rarely and brings unexpected  and inexplicable tears to the eyes. It is wonderful. The two towers look chunky from afar, but close to are intricately carved and light in texture. The long internal arching is brilliant and the eye-like crossing formed by its inverse gothic arch is quite entrancing. I could go on and on - enough. We had a brilliant guide, an ex-architect with a depth of understanding of church structure that impressed the hell out of me - if you can say that of such holy surroundings. 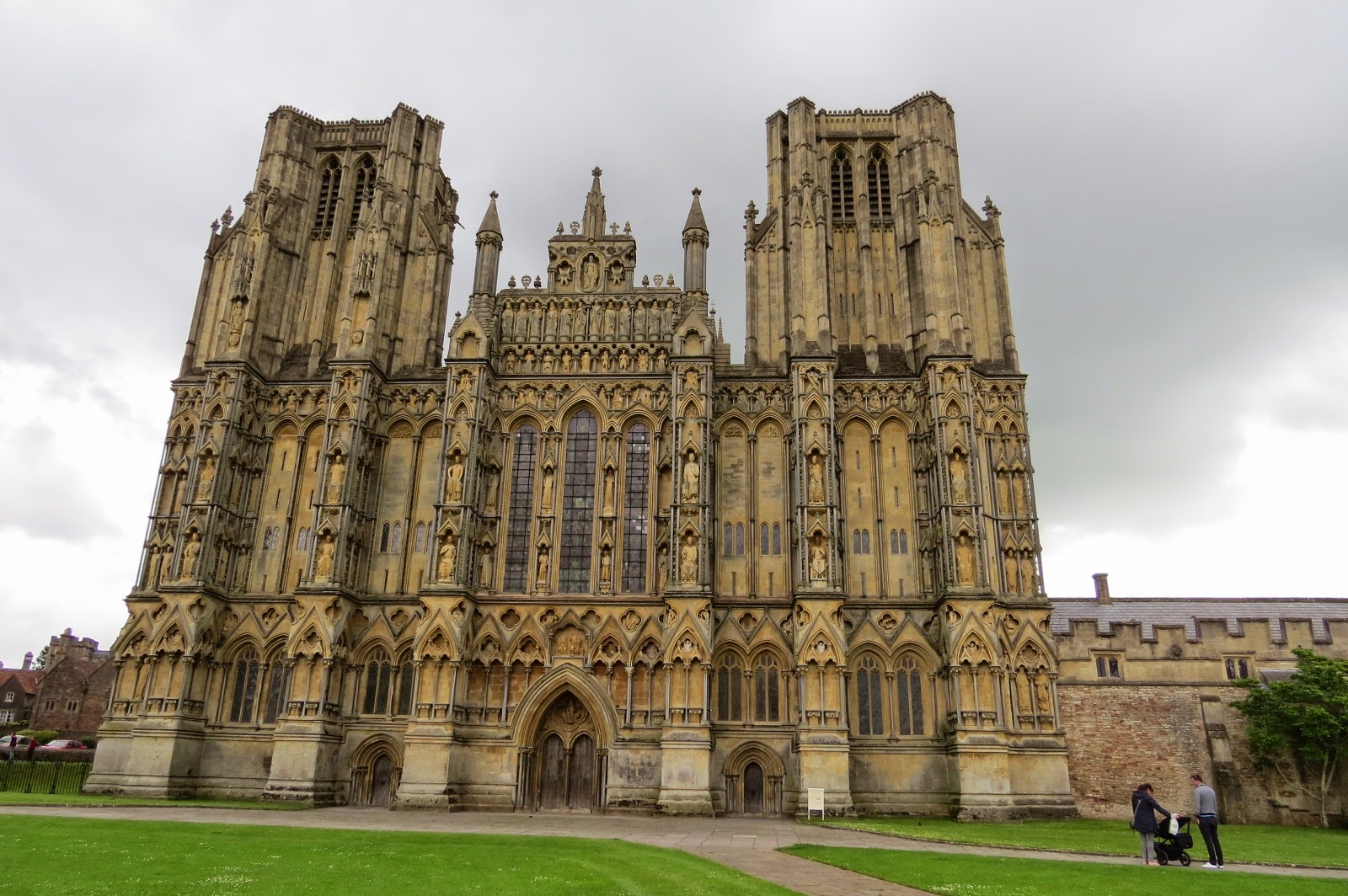 But my favourite stop was Sherborne: a small Somerset town with something for all - and a quiet car park to sleep in. There is a group of delightful buildings around the strange conduit building in the centre and nearby a very large abbey church with a well-preserved Norman entry tower (we did not go in - you can become a bit over-churched). And the pub! They still exist you know: traditional pubs with no music or TV and a sign indicating a fine of 50p for anyone daring to use a mobile, real ale at £2.40 a pint,  lots of alcoves...the Sherborne Tap is a jewel. We left reluctantly to purchase fish and chips from a Glaswegian fryer who set me to rights on Scottish independence and many other topical points while cooking the cod. Then jazz in another pub! I don't even like jazz, but I liked it there - and enjoyed the people that we met. 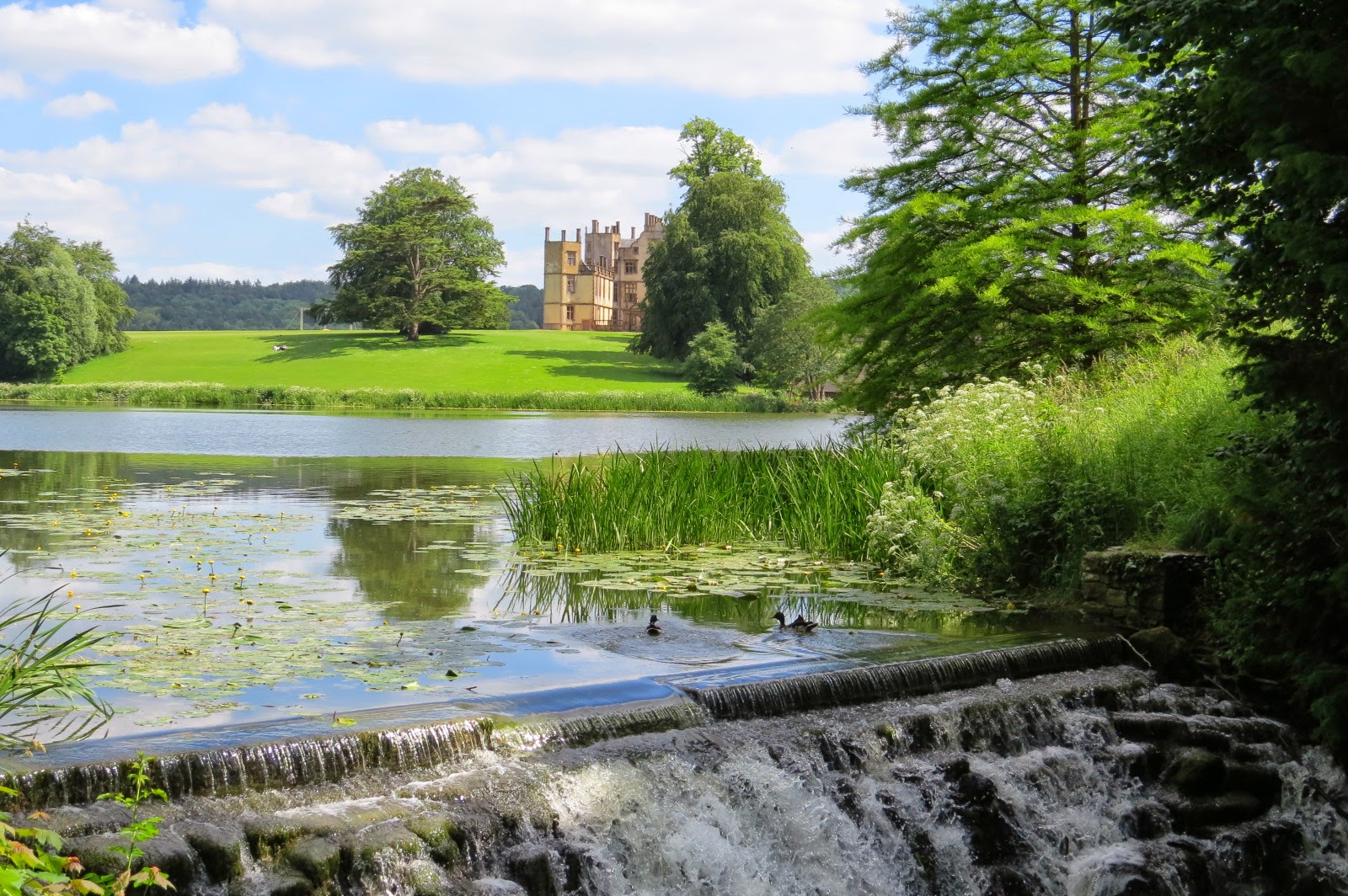 Next day I jogged around the Sherborne Castle Estate, then we visited the two castles - old and new. The latter was originally the house of Sir Walter Raleigh, an Oxford graduate who brought potatoes and tobacco to us from America. He was executed before lung cancer and blocked arteries could bring him down and his house was bought by the Digby family who expanded it into the castle that we saw. It has nice stone framing, but the inset panels are rendered (the receptionist told me that it was the first rendered house in England). Concrete does not age well so, at close quarters, the place looks somewhat unattractive. But inside it is wonderfully furnished and decorated. The unusual shape provided by four wings built out from the original house ensures an extremely light interior and delightful views of the grounds from almost every room. It is a treasure, as is the ruined old castle and the extensive lake.

We spent our last night in Bradford-on-Avon's station car park after enjoying the delights of an open-mike night in the Swan. It is a lovely town with many attractive stone buildings clinging to the hillside and a simple, but endearing, Saxon church.

And so back to Stow, where I dug in the lettuce plants bought in Wells and admired Margaret's colourful flower garden. An English country garden.
Posted by Rob Walters at 23:16 No comments: 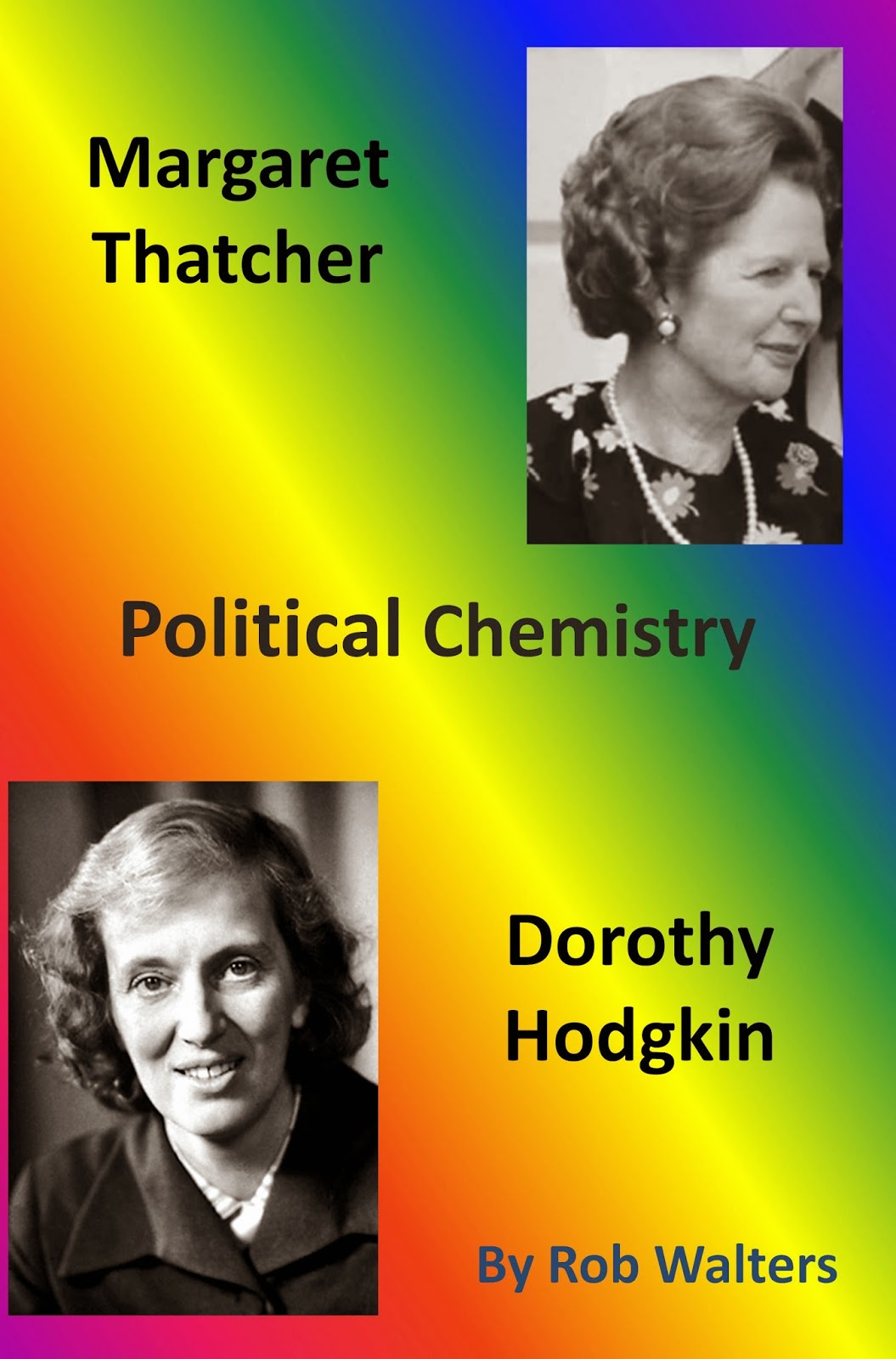 Now I have a new, and better, title - Political Chemistry - and a better book thanks to Margaret Bullard's comments, so I have republished. I suppose that this sort of thing has happened before in the era of printing presses and such, but not this quickly. Political Chemistry in eBook form is available as I write and will be available as a paper book within a few days - both on Amazon and cheap at present.
Posted by Rob Walters at 01:19 No comments: