Letter from Spain: I finished a wall!

I have been working on my little stone hut for some years now, on and off. The end is now in sight. I still have more stonework to do when I return to Spain in September, but I left this time feeling that I had really got somewhere. In the early days, whilst still honing my skills as an amateur stonemason, I had almost despaired at my slow progress – thinking that I would never finish the project. At the time I was only partway through the south wall - my first. 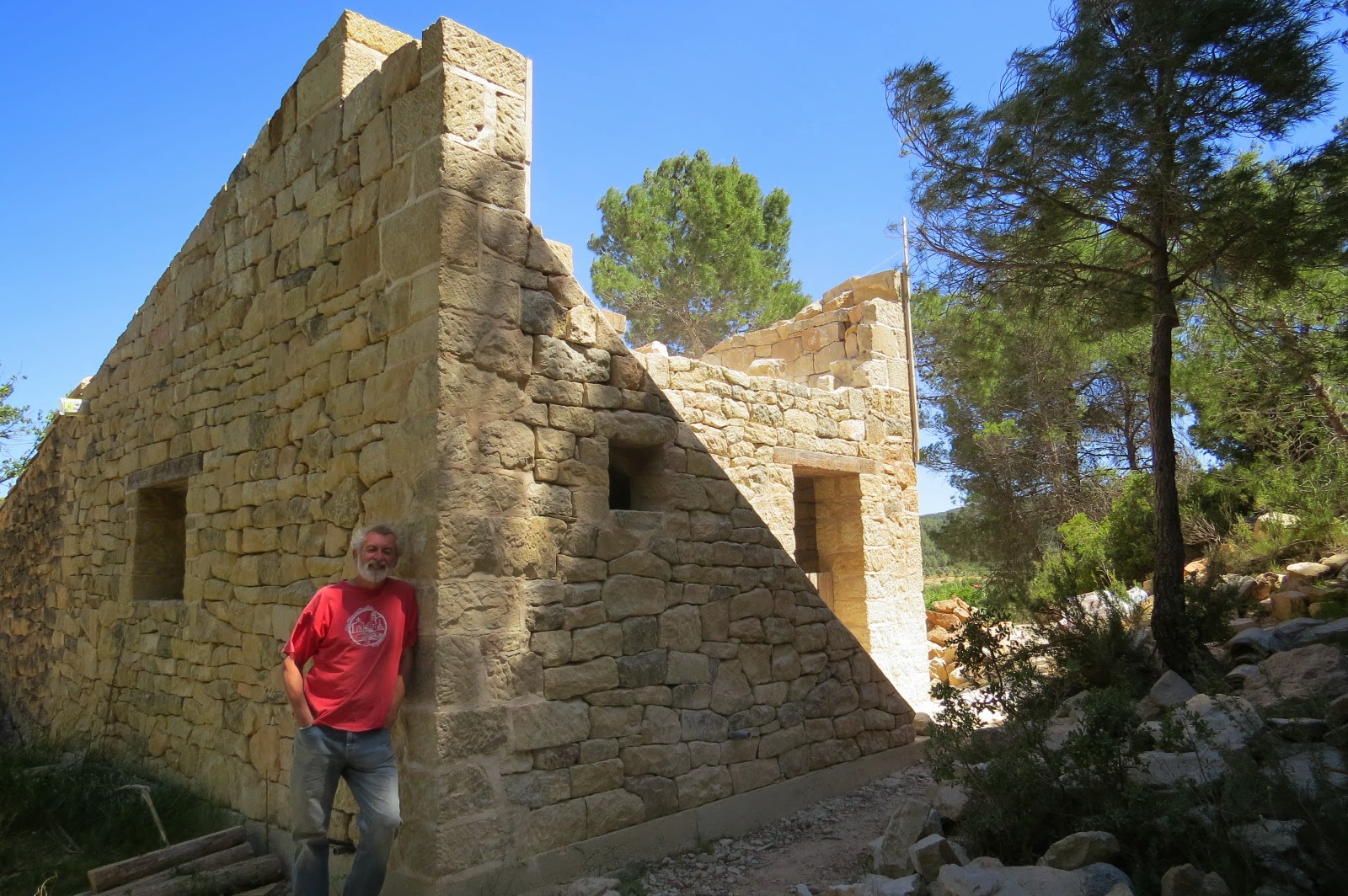 The wall I have completed is the north wall and it is largest in area.I have given the walls a slope upwards to carry on the angle of the original roofline. I will then cap them with tiles and from most aspects they will look like a continuation of the roof – in fact there will be a small roof at the western end, it will cover a little hut or cupboard in which I will install the water tanks and batteries and on which I will securely clamp the solar collectors (people steal them I’m told). In the middle there will be an open terrace, the base of which I have already laid.

The plan is this: Margaret and I will crouch beneath the sloping walls waiting for someone to come by at speed (there is a 30 kph limit on our track). They will admire the new roof from below then, suddenly, we will pop up, as if from nowhere! This will cause them such a shock that they will lose control of their car, tractor or van and plunge into the stream that runs alongside the track. We will then present them with the proverb “more haste, less speed” carefully translated into Spanish and printed on one of the terracotta bricks that they use to build modern casetas and houses around our area and they will never speed again.

Many Spanish people do tend to drive quickly and dangerously. It’s odd because they amble to their cars, slowly get in, gradually get started – then roar off at high speed, cutting corners wherever they can (the white lines on Spanish roads are there to straddle), overtaking anything in their path and then screaming to a halt at their destination (if they make it). They then turn off the engine, sit for a while to rest, then amble slowly to wherever they are going – the shop, the bar, the friend’s house or whatever - chatting amiably and patiently to anyone they meet on the way.

Back to my wall: you know, I felt so good when I finished it. I had to keep looking at it from different angles. There is a great satisfaction in achieving something like that, despite the fact that it’s taken so long. “Poca a poca,” say the locals – little by little. I hope to complete the outside of the place later this year and am planning the opening party for next.
Posted by Rob Walters at 23:11 5 comments: