I visited Syria about ten years ago, alone and with a backpack. I entered the country from Turkey and visited a number of towns and cities that have recently made the headlines. I had no agenda, just a Lonely Planet Guide and a will to explore. I recall the kindness of Kurds, Arabs, Armenians and Alawites.  Also the many pictures of Assad, the desert wastes, the heat, the incredibly low prices, the decrepit trains, the ancient remains and women shrouded in black.

Sadly, I have mislaid my notes of the month or so that I spent there, so these recollections are from a distance. My only experiences of aggression and violence occurred in the first place I visited: Deir ez-Zur, a small city in the east. Endeavouring to get cash in the bank the cashier held me entirely responsible for our involvement in the war in neighbouring Iraq. On the main street two cyclists resorted to fisticuffs following a collision. In a park a group of young men approached me with seeming angry intent. They demanded to know where I came from and I replied, with some trepidation, “England”. They looked at each other as if making a decision, then together shouted, “Bush bad, Blaire good,” and insisted upon my accepting a bottle of orangeade from them. That was a near thing. 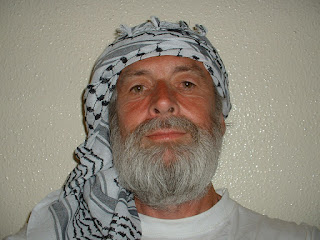 Later my wandering took me near to the entrance to a large school. Teenagers were pouring out at the end of their day and I was soon surrounded by a vast crowd of them demanding answers to questions such as “Where you from? Are you married? How old are you? Why are you here? Do you have children? What is your name?” Finally a fully uniformed gateman pushed his way through the crowd and told me to go away: the crowd that I had unwittingly attracted was blocking the road.

Next I went to Palmyra and had the fortune to see the Temple of Bel, since tragically and pointlessly destroyed by ISIS, and then onto the capital, Damascus, one of the oldest continuously occupied cities in the world where the main danger was crossing the wide central road. Further west I met the Mediterranean coast at Tartus. Such a relief, such a pleasure. Here the women actually exposed their hair! On my first day there, sitting eating my lunch in a park, two uncovered young ladies joined me, talked to me and shared their food with me. It was a relief to leave behind the black-draped uncommunicative ladies of the east.

In Tartus my visa was due to expire so I had to visit a photographic studio to obtain a snap for the visa application. The photographer was outspoken in English. After the usual interchanges I pointed to the large portrait of Assad and asked, “Why do you put that there?”

“We love him,” he replied with a genuine smile. “He asks us not to put his likeness on our walls, but we want to. He was educated in your country you know.” I knew.

Leaving Tartus and the dirtiest beach I have ever seen behind, I made my way through Latakia to Kasab and was quickly embraced by Armenians who complained bitterly about the government. Not the Syrian, but the Turkish government. The Ottomans had marched their ancestors out of their country to Syria during the First World War and many had died in transit.

There is more, much more, in those mislaid, maybe lost, notes, those memories of a peaceful country with people going about their business, their lives. Okay, maybe I was naive, blinkered, deliberately misled, but I do not think so. Would that we could wind back the clock to the time of my visit and start again, but that is foolish talk. Like everyone I feel so sorry for those killed, maimed, deprived of their homes, their livelihood, their lives by this awful conflict.

Do I have a solution to this crisis? Of course not. There is just one thing I am sure of: things have certainly been worsened by other countries taking sides, arming one side against the other, castigating one side or another – yet that still continues. So what can we do? There is something - help those that are helping the refugees in the area: Save the Children for example.
Posted by Rob Walters at 20:28 No comments: