Well, we are nearing the end of 2020 with a whimper rather than a bang and I will not dwell on that here. For my own part the year began with a fairly extensive bout of travel taking in Taiwan, Vietnam, Cambodia and Australia, all somewhat under the shadow of the looming pandemic. We returned to the UK in early March where, in retrospect and given our travels, we should certainly have been tested for the virus, but those were the days of perhaps forgiveable ignorance.

As I look at my diary for that month I see a litany of pre-booked Oxford tours – all with cancellation lines through them. I also see my last ever shift as a Samaritan and the day upon which we bought four chickens: lock-down had arrived. 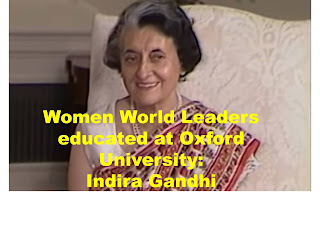 I found substitute activities, as one does and towards the end of the year began using my guiding experience to make videos about Oxford. That has proven absorbing and creative. My latest one goes live today and it is the first of a series entitled Women World Leaders educated at Oxford University. This one focuses on Indira Gandhi, that famous Prime Minister of India, a woman who had a fascinating, though tragic life. You can select the video by going to Rob’s Oxford channel, or go  directly to it by clicking here. It’s about twelve minutes in duration. The next one will feature Margaret Thatcher who, in common with Indira, was sometimes known as the Iron Lady.

All that said I really wanted to wish you as happy a Christmas as possible in these circumstances, and hopefully a happier 2021.

This is blog number 200! There's a lot going on

Well, as lockdown two comes to an end in the UK, I’ve been busy. Some readers may recall that a few years ago I completed the construction of my stone hut in Spain, properly known as a caseta. It took me five years to complete, on and off. The people in our village mostly thought that I was mad to build it traditionally of stone (loco) and were amazed that I did most of it on my own (solo). I like a good project and this one turned out to be a biggy - and one that brought me more deeply in touch with those villagers who labelled me Loco Solo.

Sometimes I do wonder whether I do these things for themselves or in order to write about the experience. Bit of both, I guess. Anyway, I did write a book about the project but, for various reasons, did not publish it just then. Now, I have. It is titled Rolling Stones in Spain: Solo Loco and is available as a Kindle eBook right now, the paperback will be released next week (2nd week of December 2020).  You can see it at robsbookshop.com or here’s the direct link to it on Amazon. If anyone on my blog list wants to read it then I can send it to you for free as an eBook (you can read it on a PC, Apple or a phone using the Kindle app (also free). Just email me at rob@satin.co.uk. All I ask is that you write a short review if you like it.

And on the video front, I’ve made another for the Rob’s Oxford channel. It’s a short one entitled The Top Three Colleges of Oxford and explains how they are rated and takes a look at the top three.  That too is free, but it would be great for me if you were good enough to subscribe to the channel (free and advert free). Here’s the link. 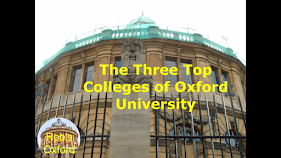 Besides all that Christmas is on its way again, though a rather different one this year for most people – Covid Christmas. Meanwhile there may be a rather special present for me since I’ve actually now seen an image of the cover of my Indian book, not the actual book, just the cover. So, after two years of frustrating delays there’s a possibility that it could be launched (in India at least) before Christmas, fingers crossed.

And more again, I’m just putting the finishing touches to a novel I’ve been working on for some time. Though it's an outcome of my life in Spain, the locations are imagined location and characters fictional. Watch this space.

Fortunately there is now some good news on the corona vaccination front. Obviously, I have no connection with it at all, but it is nice to see that Oxford is right up there with the lead researchers in trying to combat this scourge.