Although the Visitor Information Centre in Oxford has closed it doors for good (unless the city council comes up with a rescue plan, which seem unlikely), it seems that the guiding side of the business is not quite dead. In fact, I actually had a booking in my diary for a tour on the 23rd of July.

I dutifully drove to Oxford on that day after carefully studied the rules of guiding in a post lock-down scenario.  However, soon after letting myself into our flat I glanced at my phone only to find that I had two emails a couple of missed calls and a voicemail. All of that made it quite clear that the tour had been cancelled for the simple reason that no one had booked onto it. Oh well.

That afternoon I caught up with some Oxford related business and glanced at my usual source of what’s on in the city. It did not take long. Virtual stuff, which can be viewed from anywhere, anytime aside, the answer was nothing. No live music, no lectures, no concerts – not a thing. No great surprise there. But, I thought to myself, there’s always the pub.

Rather than visit my locals that night I decided to take a look at the pub situation in the centre of Oxford on the assumption that it would be livelier than the Cotswolds. As I cycled towards the centre I passed the famous Eagle and Child – closed. And on the other side of the road one of my favourites, the Lamb and Flag – closed. In Oxford’s busiest street I found that the newest pub to open, the Plough, was closed. My heart began to sink and my wallet flexed its expansive muscle.

But I found an open pub – I usually do. It was the Chequers, another of my favourites lurking in its fifteenth century glory just off the High Street. Now, the last time I had set foot in the Chequers, just before the lock-down, it had been deserted and I immediately blamed the impending Covid restrictions. However, it soon filled up – in fact there had been a power outage.

This time it was almost empty, just one table was occupied by a lively, isolated group and it did not fill up. As I sat alone near the entrance I mused: the beer is good, the price reasonable and there’s a darts match on the TV - so what’s the problem? Quite simply the pub had the atmosphere of a burst balloon. Then one of the key players of the local CAMRA branch came in, ordered a pint of cider and we plunged into a spirited conversation on pubs and their possible demise, on beer, on travel, and on the virus.

Later we visited two more pubs, both closed, then to the pitifully name White Rabbit aka Gloucester Arms, aka Glock. Getting in was a little difficult but once inside I found that it had barely changed from, oh, ten years ago when it was the headquarters of the Oxford rockers, had the loudest, meanest juke box in town, and anyone without a tattoo was looked upon with deep suspicion. On the night that I suggested barmaids in suggestive tatters roamed around but did not approach us; the two old tattoo less males. At the bar itself there were only two cask ales available apparently, but I was given the other one from a pump with no label. A golden beer, very refreshing and the best of the night. My friend who is an infinite source of knowledge on the subject of beer told me that it was Golden Citrus from the Turpin Brewery and the long bearded landlord told me that it was his favourite beer, just as one of the keg beers had been earlier! The pub buzzed, it was alive. There is hope yet that Hilaire Belloc’s prediction “When you lose your inns drown your empty selves, for you will have lost the last of England" may not come to pass. By the way I was recently asked to choose an object that I could take with me as a castaway on a desert island - can you guess my answer? Click on the pub below to find out. 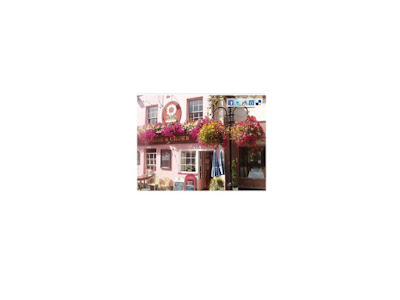 Next night I went, with a friend, to my main local, the Rose and Crown. It is a small, loveable place and though there were not many there it had, as ever, atmosphere. Its balloon was inflated by the irrepressible landlord, Andrew, who has the essential gift of linking strangers together then stepping back to enjoy the show. And the beer – Golden Citrus again! Long live the Rose and Crown and pubs like it. You know the tune, join with me to sing:

And did those feet in ancient time,
Walk into England’s great pub scene
And was the holy grail of ale
On England's pleasant pastures seen? 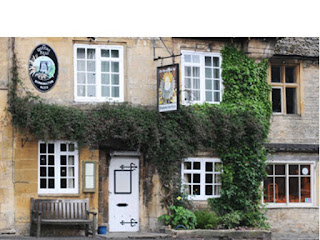