A sad tale of travel and beer.

After a really enjoyable week in Taiwan drinking beer with the friendliest people in the world, I felt the need for a pint of something more tasty, less fizzy, than Taiwanese Gold Label as we set off for New Zealand.
Unusually, I had chosen a hotel in advance in Aukland: the Shakespeare which was also a brewpub so I felt in good hands. We arrived in poor condition after another eleven hour flight plus the hop from Taiwan to Hong Kong and I needed rest rather than beer. We slept a little in our crummy and noisy room in the Shakespeare, then went out to do a little exploring. Aukland’s an interesting watery city and immensely cosmopolitan. We made plans for the following day then fell into a pub which had a  happy hour in the Britmark area of town.

First shock was the price. As someone said to me next day when I bought a bottle of Aspirin and almost swooned at the price: “Don’t do the conversion, it only upsets you”. It did. Beer was £4.50 a glass and that was less than a pint and that was in the happy(?) hour.

“What would you like?” asked the helpful but unsmiling barmaid.

Faced with one of these cool, chrome dispensers of cold, carbonated beer I did not know what to say. There were four to choose from – all unknown to me. I explained that I was an Englishman from England and did not know which to choose. She asked me if I liked light beer and that confused me further.

“Would you like to try one?” she asked kindly, but frostily.

She gave me a taste of the first: it was cold, harsh and very gassy. My dislike must have shown in my face because she poured some of the next choice into a second tasting glass: cold, harsh and very, very gassy. Her face tightened as she gave me a taste of the third and hardened further when I grimaced at the fourth.
“Do you have any craft beers,” I asked exasperated. I had read that there were craft beers in NZ. She turned to the fridge and pulled out a bottle of German style wheat beer. I had enjoyed a German beer of that style in Taiwan so I bought the bottle. It was cold, harsh and fizzy. I drank it unhappily.

So we returned to our hotel. They had a brewery there and advertised fish and chips (an NZ staple) at a reasonable price. The fish and chips were…OK. The beer tasted, if you can call it taste, just the same as those four samples: harsh, fizzy, cold. Saddened, we went out to a liquor store and bought a bottle of rum and a big bottle of coke, smuggled it into our room in black bags and mixed a couple of strong ones in the tooth brush glasses. Very good.

Next day we had a nice time doing things in Aukland then took the ferry to Devonport where I explored the lookout hill and gun emplacement and Margaret searched for a restaurant. People here were much friendlier that in the city, naturally, and I was late back having spent a half hour talking to a local I met on Cheltenham Beach (I grew up in Cheltenham Spa). Margaret and I walked to a bar near the ferry and, in trepidation, I ordered a beer. The manager was called! He explained to me that He could not sell that beer to me! Why? Because the cooler had broken and the beer was too warm. I asked to try it. Amazing: I could taste it, it was OK , it was not too fizzy. I delightedly ordered one of those and was allowed to have one.

We decided to take the ferry back to the city after that and then took a taxi to Galbraith’s ale house, a pub purporting to serve cask-conditioned beer in the traditional British fashion. And here’s the good news: it was great. Beer served at 10-12 degrees C as it should be and pulled through a handpump. The food was great too, and everybody friendly. One young barman went off and printed a long list of pubs for me: pubs I might visit on our three week tour. How kind. Then he told me the bad news: Galbraith’s is probably the only pub in NZ that serves beer traditionally. I fear the American influence has turned the Kiwis into cold lager lovers. How sad. But I’ll survive. Beer isn’t everything is it?  And just in case we will be carrying emergency supplies of rum and coke as we tour the islands in our commodious rented campervan.
Posted by Rob Walters at 22:30 No comments:

eAddiction and its side effects.

This is not a rant against technology. Technology, generally, is neither good nor bad. The man who invented the motor car is not responsible for every pile up that has occurred since.

Today I have been to a lecture by Garry Kasparov (Former world chess champion and now politician) on Innovation. Nearly a thousand people pressed into the University’s Examination Schools to see and hear him. Late as usual, I had to sit in a wing of the hall where the acoustics were so bad that the speech may well have been in Russian at times for all I knew. The men on each side of me constantly fiddled with their smartphones and later one took out his iPad and started typing a memo or something. Somewhat annoying.
Went to an open-mike night at the Cape of Good Hope, Oxford last night. It often attracts some talented performers and the beer’s quite good. I soon found a place with a reasonable view of the stage. On the table next to me sat two young men armed with their smartphones. During the hour or so that I was there I estimate that they spent 90% of their time taking or sending messages, 5% of their time talking about the messages that they had received, and the other 5% poised – their eyes darting between the stage and the briefly quiescent phones. I found it distracting. 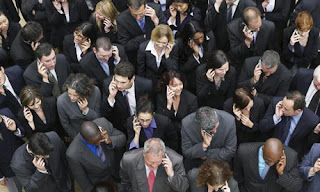 Last week in the Rose and Crown the landlady beckoned me over and pointed to a couple sitting at a corner table: they were not communicating, both had their laptops in full swing, neither of them had drinks.
Nora Ephron, Nick Hornby and  Zadie Smith all use Freedom, an app that switches off Internet access for fixed period so that they can work on their next masterpiece without wandering out onto the Web and forgetting the next twist in the plot they are developing. This is the inverse of opening hours, sort of, for those pub goers who can remember those wonderfully restricted days.
On a walk last month through wonderfully snow-covered Cotswolds hills, we passed Sezincote Manor. In true guiding spirit, I told the little that I knew of the origins of this fascinating Mogul edifice. A friend of a friend then whipped out his iPhone and just minutes later read out full chapter and verse on the place, right there in the middle of a snow covered field. I learned a lot – not.

The nearest thing to violence that I experienced whilst teaching in China was when I confiscated three mobile phones that students had been using during one of my classes. I survived.


One in four people check their phones every thirty minutes, while one in five check every ten; and 84 percent of people surveyed in a new TIME Mobility Poll said they couldn’t go a single day without their mobile device in hand.