I still enjoy the remarkable transformation that a decent shower of snow brings. Out walking in Oxford’s wonderful Port Meadow I was delighted to see that vast area of green that laps so nearly onto the centre of the city blanketed in soft whiteness. The horses and cattle which roam freely across these thirty-five hectares of common land were nowhere to be seen. Instead the city end of this great expanse, edged on one side by the River Thames and the other by the railway line, was populated by strange white figures: some of them menacing, some sweet, others artistic. Yes, snowmen were everywhere and some clever snow worshippers had even created a snow elephant! 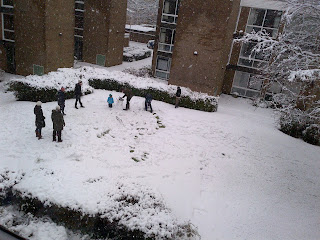 Though I no longer have any desire to touch the stuff myself, it is touching to look out of the kitchen window of my flat and observe the wonderment of tiny tots seeing and touching snow for the first time in their lives. The sight triggers memories of snowball fights, building yet another sledge for the kids, failed attempts at constructing igloos and success in creating snowmen who hung about for ages after the snow lying around them had vanished.

Clearly, there is no link between the magic of snowfall and Brexit – none at all. What’s more I do try to keep away from this divisive topic in my blogs. However, there is one thing that leavers and remainers can agree on here – it really is conflict-ridden. Nevertheless, I had to smile at the reaction of the media to the latest agreement in Brussels. I suppose this simply demonstrates the range of opinions amongst the UK’s pundits, but it is still comedic how one event can attract such a range of headlines. Here they are with sources, listed from good to bad, or bad to good dependent on your point of view: