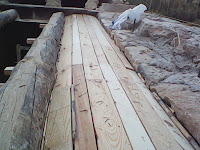 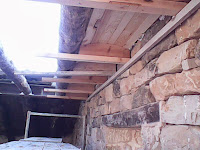 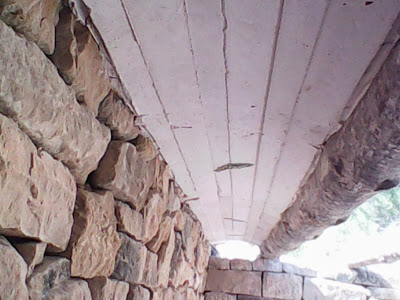 So what’s next? Assuming a little health problem is dealt with, I shall be back to work on Monday and will finish the plastering later in the week. Then I will spend a day or two laying a concrete slab on top of the plastered beams followed by replacement of the original roof tiles. Tradition claims that these old clay tiles have been shaped on a virgin’s thigh, which is perhaps why they are so rare nowadays post the invention of the fountain pen and mobile phone.
Posted by Rob Walters at 15:23 2 comments: 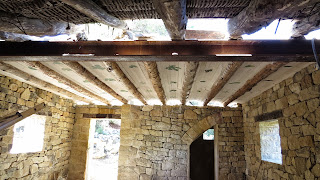 I have lots of time to think whilst here in rural Spain. Most of my hours, on most days of the week, are spent all alone working slowly to create a living space within the huerto (garden/orchard/olive grove thingy). I like it there and am making some progress: on this visit I have installed the beams, created a traditional ceiling of arched plaster between them and on Friday poured concrete on top to create a terrace. What do I think about whilst doing all this very practical stuff? The work mostly. It is absorbing and engages most of my conscious thought. Sometimes I sing, so it’s fitting that I’m alone.

In my other life, my home life if you like, I drink plenty of beer and some wine. I eat delicious food, watch some Spanish TV and the occasional English video, greet the villagers at the bar and bid them adios, write notes about what I have done and read. Yes, of course, I read. 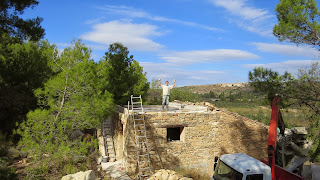 Since I have been here, I have read and enjoyed a large biography on Dorothy Hodgkin. I did this with a vague intention of writing about her and Margaret Thatcher. Dorothy was Margaret’s tutor at Oxford and became famous in scientific circles for her work on the structure of molecules (she tied down the nature of penicillin and insulin, for example). She was also an ardent leftist and supporter of the Soviet Union, Communist China and North Vietnam. Margaret Thatcher…well everyone knows about her, though not everyone is aware that she started out as a research chemist. Interestingly, I could only get Dorothy’s biog as a paper book and found it both odd and frustrating to read. I am now a committed eBooker (a reader of eBooks) and miss the facilities that my Kindle provides when forced to read a “real” book.

My core reading over here is a tome (does that term apply to eBooks?) by Francis Fukuyama. It’s all about the origins of political order which may sound dull, but I find it fascinating. I was equally impressed and enlightened by his previous book entitled The End of History and the Last man. For me he has the ability to clarify things that I half understand about history and particularly the evolution of society, of us that is. To my delight, he does not start his analysis with England and the seventeenth century, though now having read 60% of the book that has become his focus. No, he starts with China of 2,000 plus years ago when Confucius placed the emphasis on learning and when the most able ran the state, i.e. those who had passed the relevant exams rather than the sons of the previous ministers. I learned a little of this when we taught in China and was impressed by the longevity of the Chinese empire and its ability to absorb rather than be usurped by invaders. Of course, what Chinese government lacked was any accountability and it did produce many cruel regimes (the cruelest of which was lead by a woman – Empress Wu), but it was incredibly successful at building vast transport and irrigation systems and stable systems of government capable of holding together an immense empire over millennia. 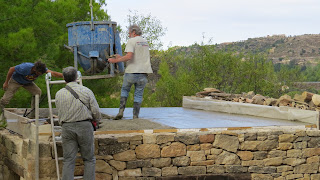 The thing about a book like Fukuyama’s is that it makes me think. However, this does not apply to my working hours at the huerto. There, if you opened my mind, you might find the words of that old rugby song Mary of the Mountain Glen, or a debate on whether to use a screw or a nail, or the  need to know what a passing farmer is transporting in his tractor trailer, or a curse as a large stone slips from my grasp, or just nothing, nothing at all.
Posted by Rob Walters at 09:47 1 comment: