It’s so hot here in La Fresneda on the final Sunday of September that I am sitting in our old stone house as far from the windows as possible, writing. Actually I should be pursuing my latest project down at the huerto which involves digging a fairly deep hole in dried clay and rock, but at 30 degrees plus on this day of rest writing seems infinitely preferable. When I do complete my hole in the ground I plan to construct a large concrete settling pan in it that will hopefully precipitate out the sand and dust suspended in the water delivered by our irrigation channel. I will then connect up my network of tubes that drip feed our fruit and nut trees so that I can leave here confident that the pipes will not block while I’m away.

As the sun beats down on the golden limestone walls of our village, all is quiet at present. Though the two clocks compete in ringing the hour and half hour, the church bells have ceased their insistent ringing and believers have or have not answered the call. Most people are indoors for the afternoon preparing a heavy lunch to be followed by a soothing siesta. But the two bars will remain open as they compete for the odd tourist who might wander in. We love to sit outside one or other of the two bars of an evening. They are situated so conveniently on the village’s splendid plaza and there, as the locals ebb and flow, we can create our fictional version of La Fresneda.

This time we have been away for almost a year so some changes are inevitable. Vincente, who runs our favourite bar, has lost his wife. We are told that she went off with another man during the boat crossing from Barcelona to Mallorca, but I do not know if that is true – anyway her buxom presence is no more. And next door there has been an even bigger change: Ramon and Montse, whom I have written about in previous blogs, are no longer the proprietors! Oddly enough they are still hanging around as if no one has told them that their head waiter has usurped their position. He is the brother of the ex-shepherd and poet, Juli, and has a strong predilection towards moving the tables and chairs around in his section of the plaza. We knew the two brothers’ father and mother who lived nearly opposite the other bar, but they have both passed on.

When I write ‘knew’ I exaggerate. We ‘know’ lots of people in La Fresneda in a ‘hello, goodbye, how are you’ sort of way – but beyond that the language barrier drops and we have to rely on other sources of news. One of those sources should be the ‘pregon’ which I have written about a number of times in the past. Whilst we were sitting in the plaza observing and fictionalising the other night, the lanky town clerk came along on his, much too small for him, scooter. He whistled, waved and nodded to all and sundry then slipped into the town hall which impressively terminates the plaza. Within a few minutes passionate ‘jota’ music flooded the streets of La Fresneda carried by the network of speakers in each and every street and was accompanied by the usual howling of dogs who dislike the sound. The music stopped abruptly and was replaced by the clerk’s calm voice as he read out some item of news. Mostly these announcements tell us that the regular market is coming to the plaza and lists every item that will be offered for sale. On this occasion we believe the hot news concerned the closure of the plaza to traffic for the weekend, as happens every weekend.

Earlier in the week the loudspeakers crackled, then, instead of the expected jota music, we heard the plaintive chanting of monks. While this is playing the dogs do not howl and silence descends followed by the sad announcement of the death of someone in the village. These occur quite often, but on this occasion I though I picked up the name Antonio from the announcement and feared that the ex-mayors father who we ‘know’ very well had expired. However, the next day as I passed through the plaza on my motorbike, there he was, so some other Antonio has died. He will be buried within a day or so of his passing as is the custom here.

Shocks occur. Recently whilst walking down to the plaza we passed the door of the cellar of Manuel, a near neighbour. There was a loud shout and we turned to see him displaying the biggest pair of onions I have ever seen! They were the size of cannon balls, yet perfectly formed and trimmed. Meanwhile there is an almost complete lack of almonds this year: one of the area’s main crops. On the other hand we are dining regularly on our own fresh grapes and delicious figs. The mayor has been ousted! She has not been in place for very long, but was recently trounced in an alliance between two minority parties. This is a great pity, I liked her and she spoke perfect English. And to add to all of this the ruined houses that have gradually crumbled away for years at the top of the village have been demolished.

Life for us here can be compared to living in Ambridge, the fictional town in the radio soap the Archers, but with one major difference – everyone here speaks in a foreign language which we have not mastered. 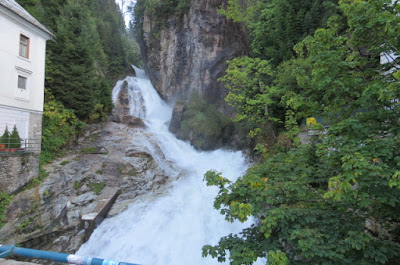