I am not a great TV fan. Much of my viewing is after the 9pm watershed and some of it with the aid of a drink or two. That is not to deny that there is some great TV, just that it mostly is not for me. I mainly watch documentaries or films and am becoming very tetchy about the former. However, one that I particularly enjoyed recently is called: The Railway: Keeping Britain on Track. It’s great. Commentary is light and we never see the commentator, and why indeed should we. What we see is real people doing real things, travelling, selling tickets, driving trains, paying and avoiding paying. Oh and there was a Sisyphean cycle of a drunk repeatedly walking up the escalator the wrong way. It’s fascinating, there are scenes of drama, anger, kindness, selfishness, loyalty and comedy. And it is all real.

The railway documentary has none of those awful fake entries when the presenter, often a ‘personality’ with little connection to the documentary’s topic, knocks on a door and real people open it feigning surprise at this obviously prepared and often much rehearsed scene. Do they think we are idiots? In my recent appearance with the Hairy Bikers I was made to do one of these. No door this time, just a slipway to the punting station on Oxford’s River Cherwell. After chatting for an hour or so whilst the director and general dogsbody set everything up, we had to pretend to meet ‘for the camera’. Our ‘first’ meeting took four takes. On the third one the Hairy Biker slipped on the wet decking and fell over – now that was the entrance that should have been screened (no Hairy Bikers were hurt in the making of this sequence). 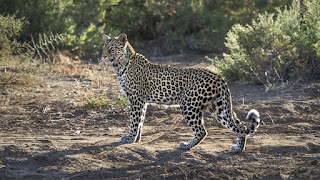 The Hunt is currently being screened by the BBC and it is excellent, though I am torn between supporting the hunter and sympathy for the hunted. Commentary is heavier, but we never see the commentator. He is a media personality, chosen I suppose to give authority to the script, but it could have been done by anyone with good diction. It is secondary to the action which could be enjoyed without commentary at all. And to see how it is all made described by the crew who actually filmed it – magic.

Please someone stop these ‘personalities’ walking towards the camera as they talk, and stop screening close ups of their thoughtful faces, presumably to provide drama where this should come from the documentary itself. Please stop inserting irrelevant clips of fires when the word fire is mentioned in the commentary. We all know what fire looks like. Similarly for storms, or crowds, or stars, or the sea. Please stop showing matey scenes between the ‘personalities’ and the complete strangers that they meet. These strangers are the real stars, we know that the personality does not know them, will never see them again, will not even recall their name after the next documentary. These things should not be called documentaries, they are simply chat shows on the road where the presenter is the focus and the subject, the experts and the real people are simply a backcloth for the show.

Ah well, that’s got that off my chest. Now where did I leave that bloody remote? And where’s the ‘off’ button.
Posted by Rob Walters at 20:25 1 comment: