About the brain and us

In 350BC, Aristotle noted that “our senses can be trusted but they can be easily fooled”.

Let me start this with a story that I have told many times. Many years ago my wife and I lived on the edge of the city of Ipswich. You may wonder why we lived there since the house looked out onto one of the sink estates of Ipswich, to our left we had a scrap car yard, and to the right a rubbish dump plus the house had no mains drainage or water – but all that’s another story. The house came with a resident female cat, Jemima, and we adopted each other. After some time the cat became pregnant and gave birth, in my shed, to a delightful litter of kittens. Soon after their birth they were all killed!

A few years later we were revisiting the tragedy and found that we had quite different recollections: in my version our dog, Droopy, had killed the kittens, Margaret recalled that a local tom cat had done the deed. Fortunately I kept quite a detailed diary in those days and was able to refer to my notes. Shock, horror, Margaret was right. My memories of the event, though clear, were false.

We all have false memories some of them pure invention, some distortions. Most people do not believe this, but it is true – and scary. In what can we trust?

Another story. Fairly recently a group of us were shown a video of football game: we were told to watch the player in the black shirt and count how many times he kicked the ball. At the end of the short display we were asked for our answers which were quite varied, but similar. We were then asked, “Did you see superman?” Puzzled, we all said no and the video was replayed and there he was threading his way through the players as large as life! A trick – yes, of the brain. Actually I have changed the players and the intruder in this tale so that this will not be a spoiler if you if you sometime see the original, but hey the brain’s flexible so that’s OK.

In a somewhat related phenomenon your brain filters out the mundane. Its overriding duty is to keep it, and therefore you, safe, and it’s the new, the unknown, and the surprising, that are likely to be dangerous. Hence: a liking for sleeping in one’s own bed, home being where the heart is, blood seemingly thicker than water and so on. However, to the contrary, new environments or challenges steps up the brain’s awareness, hence the stimulation of travel (which ‘broadens the mind’ apparently).

We often need to ‘see for ourselves’ or maintain that we only trust ‘the evidence of our own eyes’. But should we trust that evidence. There are numerous illusions which dramatically prove that our brain messes with reality.  A simple matrix of blobs appears to be moving yet we know that they cannot be, spinning dancers uncannily rotate clockwise or anticlockwise depending on which you set your eyes upon first. And so on and on as more illusions, old and new, are discovered and broadcast over the Web.

Science, one might think, can slice its way through this nonsense to reveal reality. But can it? Much of what is ‘observed’ in modern science is detected by a sensor and relayed to us through a computer which processes the data. We can never see the ‘new’ particles which constitute the things that we actually see, though there was a time when we could observe the tracks of some of the particles in a cloud chamber. Nowadays sophisticated detection and heavy processing sits between the collisions which occur in the Hadron Collider and the graphs that allow physicists to buttonhole the Higgs boson.

There are more and more examples which shake the very foundations of our natural belief in our powers of observation, and yet more can be supplied by philosophers in relation to our powers of reason, meanwhile life goes on. After all, too much doubt in ourselves might cause a collapse of confidence and a resort to instinctual behaviour or a cynical retirement from life itself.

I have a thoughtful friend called Bjorn in Sweden who seems to have found refuge in not knowing and has even found a term to describe his philosophic position which dates back to the Greeks – aporia. Whether aporia  leads to greater clarity or simply defines doubt and confusion, I do not know.  But one thing’s for sure Aristotle was right to say that our senses can be easily fooled – and therefore so can we. I suppose the one thing that we can know for sure is that we don’t know, for sure. However, I’m pretty sure that I am off on my travels in a few days time: Ireland, France, Spain and Portugal.

Haven’t written a blog for ages. Been busy: hopefully honing my writing skills.

One of my regular delights is a negative one: it’s not having to get up in the mornings. I do get up eventually of course, but not at those ghastly hours when I had to catch a train to London or motor up to some outlandish place in the north to attend a meeting or deliver a course. Nowadays, my radio belches out the Today programme on BBC Radio 4 at about 7.30 a.m. and then I just lie about cursing at the aggressive bias of the interviewers until I feel ready to take a run or cycle to the gym. 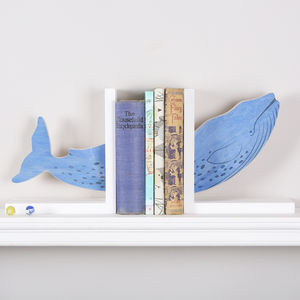 It was on such a morning that I heard the announcements concerning this year’s UK exam results for sixteen-year-olds – the GCSEs. Hardly jump out of bed stuff, but it did send me spinning back to my own teens. In my day you received the dreaded results by paper mail. I can remember looking at mine with some disbelief.

Funnily enough I can remember the exact street in Cheltenham where I studied them. The bearer of this momentous piece of information was devastatingly disappointing: a flimsy slip of paper simply listing subjects and grades, little more than a single shred from today’s shredders. In those days grades were not that important. In ‘O’ levels, as they were called, failure was not encouraged, but it was allowed: it was the number of subjects that you passed that mattered. I did OK - I seem to remember that I got a grade 1 in something; grade 8 was a pass.

Dozing can lead to considerable confusion and listening to the radio I was – confused. Everything seemed upside down as they reported on the year’s results. In previous years they had used letters to represent grades, but this year they had reverted to numbers again. However, grade 9 was the top and grade 1 was the bottom. Seemed odd, and to quote from David Richard Getling who knows more about this stuff and is a little more outspoken than I am : ‘Of course, only someone as intensely stupid as the British government would have invented such a grading system. Top grades have always been 1 or A. We talk of something being first class, or A grade, if it's the best: and this is common throughout the world. So it takes a complete and utter moron to do the opposite.’

Those recent announcements reminded me of how hard I worked in revising for my exams. I can remember the hunted look on the faces of my teachers as exams loomed and I approached them with my incredibly long list of questions in which I tried to understand all the things I should have understood from their lessons. More topically I can recall the longing for the revision and the exams to come to end so that I could be free. Yes free. Free to do what?  Instead of freedom I actually experienced what is best described as bathos, or anticlimax, or post natal depression without the baby.

Finishing reading a good book is a bit like that. Finishing writing a book is exactly like that: hence the title of this blog. Actually I haven’t quite finished, one never does. But the first draft is done, the bathos then has two sources. First, during the very creative part of researching and writing there aren’t enough hours in the day: in other words there is always something to do – and a deadline to meet. And second, now that the baby is born, one becomes protective, yet critical. Is it any good? Wouldn’t it have been much better structured in a different way? Does the title do it justice? If I start fiddling with it, will the panoply collapse and all the cross references go astray?

Though I often self-publish, this one goes off to the publishers. More worries. Is it ready? Will they like it? Is it what they thought it would be? Will their editors tear it apart and bastardise it.

Hey, ho. The journey’s been good though. There should be a song The Bookend Blues. I’ll make a start on the lyrics right now, but then would I be happy with them?