I am currently reading a book by Donald Woods with the provocative title Asking for Trouble which is catapulting  me back in time and reminding me of how much I seem to have forgotten. It’s about the vile regime that somehow got elected in South Africa in the 60’s and proceeded to crush the indigenous majority population – the blacks as they called them. In response I joined the Anti-Apartheid Movement, went on demos in London (my first exposure to mob violence), boycotted oranges and so on. I even marched into Barclays Bank to loudly declare that I insisted upon closing my account in protest at Barclays DCO involvement in South Africa, only to be told - equally loudly - that I was overdrawn and would have to pay up to close down! 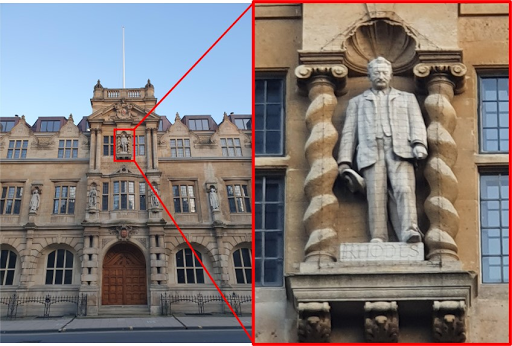 It may therefore seem odd that I rejoiced at the news that Oxford’s Oriel College had, despite massive pressure and much wavering, decided not to remove the statue of past student Cecil Rhodes from their High Street facing building – a building that Rhodes paid for (surely that should go too). Don’t get me wrong, Rhodes is not to be admired, he did many bad things mostly for material gain or influence and that should not and will not be forgotten – this is a matter of historical fact and the statue should remind us of that.

The building opened in 1911 and there was controversy even then – not against Rhodes but concerning the building itself. Apparently seven attractive houses were demolished to create it and some Oxford residents were not at all pleased with the result.

Rhodes is not alone up there. Below his statue there are seven others and it is likely that they too are not blameless – one was the British Emperor of India! But it is unlikely that any of them except Rhodes has had such an influence over the education of young people from the ex-colonies of Britain. It was through his will that much of his ill-gotten gain was put to good use in establishing the Rhodes Scholarships. I know, I know, a right cannot correct many wrongs, but nor can tearing down a statue change history.

If you are already a subscriber to my Rob’s Oxford Youtube channel then you will know that I’ve recently launched two more videos in the Top Iconic Buildings of Oxford University series. If not, here they are. Have a look by clicking on the thumbnails. 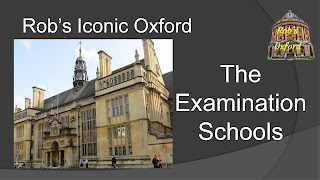 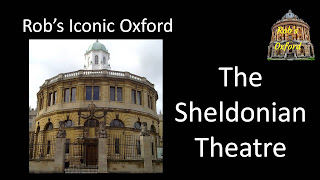