The sun’s been out, I’ve planted 20 more trees and the green shoots of possible guiding opportunities in Oxford are appearing. I’ve also launched another Oxford pub video, and I’ve had my second Covid jab. How do I feel? Calm, a little nervous. 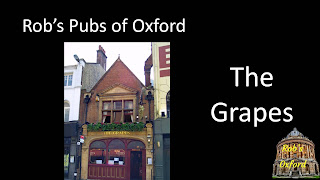 No reaction yet to the jab, but the prospect of guiding reminds me that I have not refreshed that immense store of Oxford facts and stories which allows me to conduct tours to my own satisfaction and hopefully to that of visitors. Why not revise it all you might ask? Well for a start it is too much and secondly the links between the various colleges, university buildings, people, events, and so on are crucial to a good tour. However, there is one bonus of the Covid interregnum, I have advanced my knowledge, and respect for, Adam Smith.

Most of my tours begin outside the college of Balliol, the second oldest of the thirty-nine. I usually relate the fascinating tale of its foundation and then talk about a selection of famous men who have studied there: one of those is the fourth, and our current, Prime Minister; another is Adam Smith who held a graduate scholarship there in the 1740s. Most visitors seem to recognise the title of Smith’s second book, The Wealth of Nations, which is often claimed to be the first to tackle the subject of economics. I am now much more aware of his first book which he thought it his best: this one addresses the tricky subject of moral philosophy. Both books are hard reads and I freely confess that I have not read them. But I have read about them and nowadays virtually attend seminars provided by the Adam Smith Institute which often refer to them.

Adam Smith is sometimes portrayed as the founder of capitalism and economic man (an amoral being driven entirely by selfish motives). In fact he propounds the benefits of free trade to all and a moral approach to self interest which recognises the benefits of social cooperation and the need to be ‘loved and loveable’.

However, if I tried to explain this on a tour I would lose half my audience on political grounds and the other half through boredom. Instead I must switch to Howard Marks, also of Balliol, and Oxford’s most famous drug dealer. Howard was loveable (to some) and he also believed in free trade: specifically in the supply of cannabis. Howard is one of the subjects of my own book entitled the Rogues of Oxford where entry depends on assessment as: charmer, womaniser, drinker, liar, entertainer, corruptor, adventurer and creator. I did not consider Adam Smith for that book, or the very first Adam. 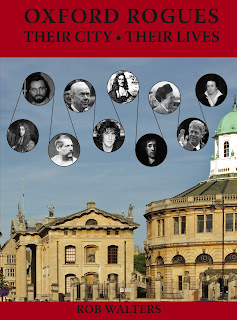