I do seriously ask myself how I might have felt if the Brexit vote had gone the other way. Would I have been angry? Demanded another referendum? Insisted that the decision was not binding or legal? Complained that immature people had unfairly biased the vote or ‘educated’ people had been swamped by the ‘workers’? I do not think that I would, neither am I crowing over the victory of the leave campaign. But, to me the future does seem bright.


I recently had the temerity to attend a Fabian Society meeting titled the ‘EU Referendum and the Future’. The society’s strap line is ‘let’s shape the future of the left’ and the chairman told us that it was a long standing think-tank with loose links to the Labour Party. I was pretty sure that I was a gooseberry amongst the coconuts there, and this proved to be correct. The speaker was introduced as a man with many years experience working with and for the EU. As he talked it quickly became apparent that he was committed to the European project and resentful of the referendum outcome. His speech was full of gloom, despair and a litany of the problems to be faced. 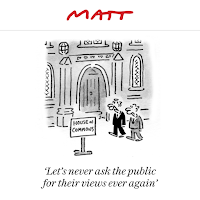 Question time produced glowing support plus all of the moans and groans that I listed above. Someone even suggested a new political party aimed solely at remaining in the EU - I recognised him as local liberal democrat, hence doubly disappointed. The speaker glowed in the warmth of so much support but, in answer to the demand for another referendum or simply ignoring the recent one, said, quite reasonably, that MP’s could hardly ignore a vote by the population as a whole, Then, chillingly, he added, “but it is all a matter of timing.  Eighteen months down the line when the economy is going really badly may be the time to reverse this stupid decision”[1].

The second wave of questions proved to be more interesting. One man gave a long speech which could be précised as ‘shouldn’t we search for a progressive Brexit’. Another gave an equally long diatribe on the need to redistribute wealth via punitive death duties – something that he thought would be impossible within the EU. The speaker agreed that the last point was true: it would be impossible. He then dealt perfunctorily with my two-part question. I asked him if, given the outcome of the referendum,­­­ he couldn’t find just one positive thing to say about our new direction, and also whether he might now direct his obvious talents and experience towards making Brexit work. He did not answer the first part, but did say that helping with Brexit would negate everything that he had spent much of his life doing. In other words he will presumably spend the rest of his life trying to prevent what the majority of the UK want. Such a great pity; he undoubtedly has a great deal of knowledge that could aid the transformation of the country and might help to find ways of working with the EU to our mutual advantage. 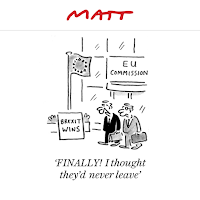 There was little doubt that this was a meeting of unhappy remainers desperate to find ways of preventing Brexit, and the speaker told them precisely what they wished to hear hence fuelling their denial. I was convinced that I was the only gooseberry present, yet, much to my surprise, when I put my plea for a more positive approach to Brexit it drew hearty applause – from two people of the fifty or so who were there. But then Oxford is certainly not the UK and, as Theresa May has said repeatedly: Brexit means Brexit.

Naturally the divorce will take some time, but a happy separation will not be helped by those who are too rooted in the past. Some compromises are inevitable but Machiavellian attempts to ‘fudge’ the issue so that we ostensibly come out yet actually stay in will fly in the face of a long, well-informed, sometimes bitter, referendum campaign in which the remainers used all of their ammunition (and more) but did not convince the people of the UK to stay, close though the outcome was.


[1] This is very Fabianesque. The following is quoted from early pamphlet published by the group: For the right moment you must wait, as Fabius did most patiently, when warring against Hannibal, though many censured his delays; but when the time comes you must strike hard, as Fabius did, or your waiting will be in vain, and fruitless.
Posted by Rob Walters at 17:20