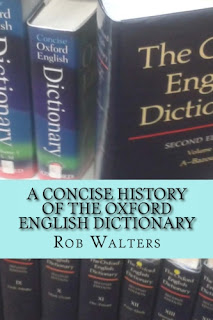 I hope that my book will satisfy most people, but if you prefer the four course dinner then there is a comprehensive history coming out later in the year from Oxford University Press. It will cost £40 whereas my little snack costs just £3.99 in paper and £2.99 as an eBook: tasty and cheap, complete with pictures of the main characters involved.
Posted by Rob Walters at 22:46